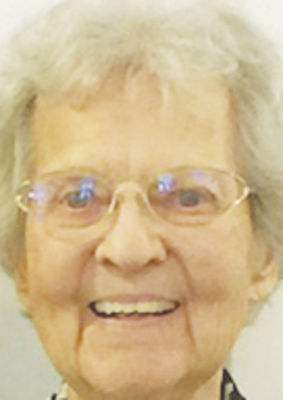 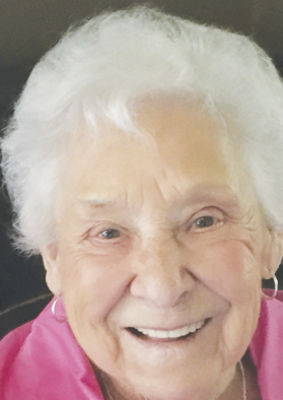 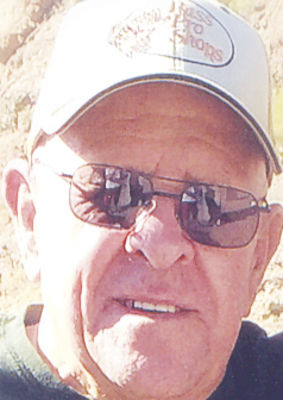 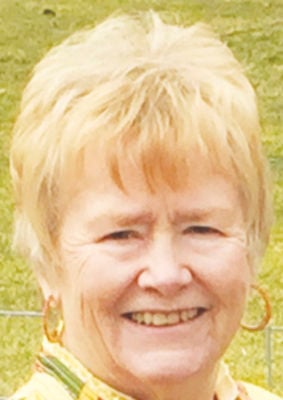 Born on Jan. 15, 1941, in Lakeland, Fla., to Olin Oran and Myrtle Addison Castleman, she was such a tiny baby she was dubbed “Bit,” a nickname that stuck with her for the rest of her life among family and childhood friends. To many more, she was known as “Liz.”

She graduated from Rochester High School in 1959. Liz married Richard Pattee, also from Rochester, and they settled in South Bend, where they raised their two children, Michelene and Jason.

While Liz spent most of her working life as a realtor, her favorite job was as grandmother and caregiver to, and No. 1 fan of, her grandchildren. Liz lived a life centered on faith, family and friends. In her spare time, she enjoyed arts and crafts, sewing and gardening.

She was preceded in death by her husband; parents; and brothers Herbert Dale Castleman, Olin Gail Castleman and Richard Castleman.

She is survived by her children, Michelene Pattee (Kevin Dougherty) and Jason (Brandi) Pattee; and her grandchildren, Sean, Madeline, Claire, Abigail, Olivia and Kendra.

A memorial service is at Christian Center Church, 530 E. Ireland Road, South Bend, on Friday, Jan. 3, 2020, at 3 p.m. with a dinner immediately following.

In lieu of flowers, people may donate to the Center for Hospice Care, 501 Comfort Place, Mishawaka, IN 46545 or Christian Center Church.

He was a dairy farmer and worked for many farms in his lifetime. He worked for farms in Pennsylvania, Indiana and New York and then back in Indiana. He owned and operated Golden Circle Holstein Dairy Farm, retiring in 1990.

He graduated from Hempfield Area High School in 1957. He was a member of the NRA and in years past the Future Farmers of America. He enjoyed deer hunting and traveling and was a gun enthusiast. He always wished he would have spent more time fishing.

He was preceded in death by his parents; his wife; and his oldest brother.

Memorial contributions may be made in Paul’s memory to the donor’s choice of charity. Family and friends may share a memory or send an online condolence at www.hartzlerfuneralservices.com.

Erma had been a cook for the Akron School, retiring after 25 years, and was also a homemaker. She graduated from Argos High School in 1944. She had been a member of the Beaver Dam United Methodist Church for many years. She always loved spending time with her grandchildren and taking golf cart rides. She also enjoyed playing cards, especially euchre.

She was preceded in death by her parents; her husband, Kenneth R. Walters; and her brother, Devon Burkett.

Memorial contributions may be made to the Ronald McDonald House Charities Inc., 26345 Network Place, Chicago, IL 60673, the Riley Children’s Foundation, 30 S. Meridian St., Suite 200, Indianapolis, IN 46204 or the Henry Township Volunteer Fire Department. Friends and family may share a memory or send an online condolence at www.hartzlerfuneralservices.com.

She peacefully passed away while lovingly surrounded by members of the Gallagher family of Lawrence, Kan.

She was born Lou Anna Mikesell on Sept. 16, 1930, in Cass County to Louise Anna and Oliver Rhue Mikesell.

In June 1950, Lou Anna married Frank B. Shotts, who passed away in 1980, and they resided in the South Bend area. During this time, Lou Anna attended and received degrees from both Bethel and Saint Mary’s colleges. She worked for Uniroyal of Mishawaka before becoming an elementary education teacher for the Penn-Harris-Madison School Corp. She taught school and tutored for more than 40 years in both Mishawaka and Canyon Lake, Texas.

After Frank Shotts passed away, she met and married Norman W. Britt, now deceased, of Mishawaka. They lived part of each year in both Canyon Lake, Texas, as well as Elkhart. She continued to do so after his death in 1999. In 2017, Lou Anna relocated to Wynnfield Crossing, Rochester.

She is survived by her brothers, Lawrence and Bonnie Mikesell and Clifford and Nelda Mikesell, both of Rochester; her sisters, Esther Bledsoe, Russiaville, and Frances Bounds, Houston, Texas; sisters-in-law Carolyn Mikesell and Lou Mikesell; and many beloved nephews, nieces, cousins and friends. Additionally surviving are stepchildren Larry, Gerald and Merilee Britt, Mishawaka, and Susan Strubhar, Amherst, Virginia; and sister-in-law Margaret Boner, Mishawaka.

She was preceded in death by her parents, Oliver and Louise Mikesell; two brothers, David and Marvin Mikesell; and two husbands, Frank Shotts and Norman Britt.

Lou Anna was a devoted believer of Jesus Christ and lived to serve Him throughout her life. She loved reading, learning new things, travel and communicating with her many family and friends. She was an excellent teacher, who was truly devoted to her students. Lou Anna was a wonderful daughter, sister, wife, aunt and friend. She will be sorely missed and lovingly remembered. The remembrance and celebration of her life will be on Friday, Jan. 3, 2020, at Chapel Hill Memorial Gardens & Funeral Home, 10776 McKinley Highway, Osceola. Visitation will be from noon-2 p.m. at Chapel Hill Memorial Gardens, with a celebration of life service at 2 p.m.

Rebecca Sue Slentz, 66, loving wife, mother and grandmother, was called home by the Lord God on Sunday, Dec. 29, 2019, after a courageous fight for almost four years with cancer.

Becky was born in Fulton County to the late Covert Wentzel and Romayne (Smith) Wentzel. She was a 1971 graduate of Kewanna High School and a 1975 graduate of Manchester College, where she met her husband and partner of 45 years, Michael Slentz.

An elementary school teacher for 40 years, the first two years at Orland Elementary and the last 38 years at Butler Elementary, teaching fifth grade, Becky loved helping and connecting with her students and she excelled at teaching math and coaching the math bowl team.

Becky was an active member in the community, devoting her time to co-directing the Butler Community Food Pantry for 10 years, being a former member of the DeKalb County Young Farmers, leading the Franklin Busy Bees 4-H Club and being a 4-H mother for 17 years. She could also often be found giving of her time and talents at Butler United Methodist Church, where she was a longtime member, a dedicated Sunday school teacher and an integral part of the United Methodist Women’s group.

A member of Delta Kappa Gamma, Becky loved working with her Gamma Lambda chapter to receive grants to collect and place books for newborns and their families in the community hospitals, doctors’ offices and emergency rooms.

An avid reader, Becky loved visiting the library and reading. Her favorite author was Diana Gabaldon, and she intensely watched the “Outlander” series based on her books and often commented on the differences between the book and the TV series. She had dreams of visiting Scotland one day.

Becky was an excellent cook and was especially proud of her fruit pies. She loved living on the farm and especially enjoyed raising and tending her flower beds, a hobby that she picked up from her two grandmothers, as many of her starts had come from their gardens. Besides the farm, animals held a very special place in Becky’s life, from her bottle-feeding and hand-raising baby lambs to her cats and kittens and her two Australian shepherds, Lucy and Kami.

She was a kind, caring, thoughtful and giving and a loving mother, wife, grandmother, friend, teacher and person. She will be lovingly remembered and greatly missed.

Tim formerly worked as a cook at the South 40 in Winamac.

Along with his parents, he was also preceded in death by his brothers, James and Bradley; and sister Tina Kasten.

Per Tim’s wishes, there will be no visitation or service.

His celebration of life is noon Friday at Good Family Funeral Home. Visitation is 10 a.m. to the time of the service Friday at the funeral home.

Her funeral service is 2 p.m. Saturday at ParkSide Community Church, 225 S. Michigan St., Argos. Visitation is 1 p.m. to the time of the service Saturday at the church. Arrangements are handled by Earl-Grossman Funeral Home.