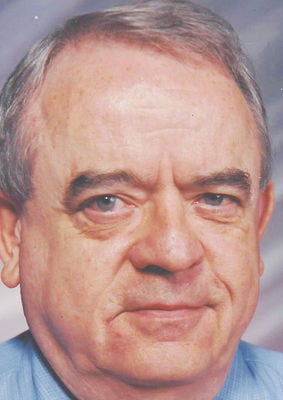 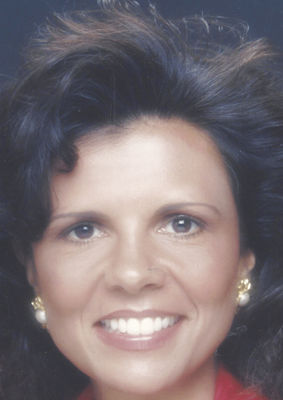 Mrs. Therese “Terri” Charais Bowers, 59, was surrounded by her loving family when she passed away after a valiant three-year battle with pancreatic and liver cancer. Terri is now pain-free. Her love of family and friends kept her fighting, but the Lord has called her home.

Terri was known as being exceptionally kind and empathetic and never met anyone she did not like. No matter the situation she was always positive and able to lift up those around her. Terri truly believed in the Golden Rule: that we should always treat others the way we wish to be treated. She urged others to follow this rule to make the world a better place.

On Dec. 24, 1960, Terri was born in Rochester. She was a treasured daughter of Theresa and Frank Vojtasek Sr. Growing up, she shared her childhood with three brothers and a sister.

At the St. Joseph Catholic Church in Rochester, Terri married the love of her life, Mr. Joe Bowers. They enjoyed more than 40 years of life’s adventures. From their union came four beautiful children. The family tree continued to grow with the added blessings of the three grandchildren.

Terri held a deep love of and faith in the Lord. She was a lifelong member of St. Joseph Catholic Church, Rochester, and taught religious education classes for several years. In her younger years, Terri played first base on the First Federal Fillies softball team and graduated from Rochester High School in 1979.

She had worked at Dr. Timothy Ravencroft’s dental office after high school for a few years. Then, after marrying and having four children, Terri fulfilled her life ambition of being a teacher. She earned her bachelor’s degree from Indiana University Kokomo and earned her master’s degree from Olivet Nazarene University. Terri was a former member of the Optimist Club as well. She was a dedicated teacher at Rochester Middle School for nearly 20 years and felt honored and privileged to have had the opportunity to teach and meet so many wonderful young people.

Being a supportive mother was also a huge part of her life. She had traveled to hundreds of baseball and basketball games over the years, including AAU basketball and the younger boys’ college baseball games, and last summer was able to enjoy watching her oldest grandson, Titus, play T-ball.

To relax, Terri enjoyed reading and walking. She loved spending time with her family and taking family vacations at the many beaches in Florida. More recently, Terri and Joe were able to take more romantic vacations in Aruba and Hawaii. She always looked forward to taking their yearly Cub game trips to Cincinnati and Wrigley Field.

A Mass of Christian Burial will be on Tuesday, Jan. 14, 2020, at 11 a.m. at St. Joseph Catholic Church, Rochester, with the Rev. Michael McKinney officiating. Friends may visit with her family from 3-7 p.m. Monday at Good Family Funeral Home, 1200 W. 18th St., Rochester. On Tuesday friends may visit from 9:30-10:30 a.m., also at the funeral home. Burial will be in the IOOF Cemetery, Rochester.

Memorials in lieu of flowers may be made to the St. Joseph Catholic Church, 1310 Main St., Rochester, IN 46975, or the Fulton County Cancer Fund through the Northern Indiana Community Foundation, 227 E. Ninth St., Rochester. Online expressions of sympathy may be made to her family at www.goodfamilyfh.com.

On Aug. 20, 1941, Pat Harmon Meade was born in Bluffton. He was a treasured son of Alvis Charles and Vallera Lousetta Gray Meade. Growing up, he shared his childhood with five brothers. He graduated from Liberty Center High School in 1959. Pat studied both mathematics and philosophy, receiving a Bachelor of Science and a master’s degree, with his undergraduate studies at Purdue and graduate studies at Notre Dame. Following his Purdue years, he answered the call of patriotism, serving his country with the United States Marine Corps during the Vietnam War.

In Elkhart, Pat and Rebecca “Becky” Tarr were married on April 10, 1968. They have shared 51 years of life’s adventures. From their union came three handsome sons, Ted and twins David and Doug. The family tree continued to grow with the added blessings of two grandsons.

Mr. Meade initiated his teaching career in Fort Wayne at Bishop Dwenger High School. He and Becky joined the Rochester community, becoming loyal Zebras. An esteemed math teacher, Pat taught from August 1970 until he retired in August 1994, for 24 years of dedicated service, teaching algebra, geometry and calculus to RHS students. He conveyed great patience, wisdom and cognitive depth while understanding his students’ varied needs. Mr. Meade shared his vast knowledge by sponsoring the Chess Club and Computer Club and teaching programming during its years of infancy. His influence through life and mathematics is cherished and remembered by the students’ lives he touched for nearly two and a half decades at RHS.

Pat was preceded in death by his parents, Alvis and Vallera Meade; and two Meade brothers, Gregory and Tim.

Friends may visit with the family from 1-4 p.m. on Sunday, Jan. 12, 2020, at the Good Family Funeral Home, 1200 W. 18th St., Rochester, and on Monday, Jan 13, 2020, between 9-10 a.m., also at the funeral home. A celebration of the life of Mr. Pat H. Meade will be at 10 a.m. on Monday, Jan. 13, 2020, at the Good Family Funeral Home. His graveside service will be at 2 p.m. Monday at the Elm Grove Cemetery, Bluffton. Military rites will be conducted by the Fulton County Veterans Honor Guard and the U.S. Marine Corps Honors Team. Online expressions of sympathy may be made to his family at www.goodfamilyfh.com.

She was the beloved wife of the Hon. Ronald J. Crane (deceased) and adored mother of Robert (Eileen) and James (Annette); cherished grandmother of Anthony Borsellino and Charles, Benjamin, Ronald and Bradley; devoted sister of Mary (Robert) Belenky; and dear aunt of Alice Armen and Michael Belenky. She was a loyal friend to many.

Julie was a kind and generous soul. She was so very loved and will be sorely missed.

At Julie’s request, services were private. Brown & Sons Funeral Homes & Crematory 26th Street Chapel is in charge of arrangements. Condolences may be made to www.brownandsonsfuneral.com.

Survivors include his parents, Ray-Ann Howard and Roberto Servantes, Goshen.

His funeral service is 1 p.m. Monday at Good Family Funeral Home. Visitation is one hour prior to the service Monday at the funeral home.